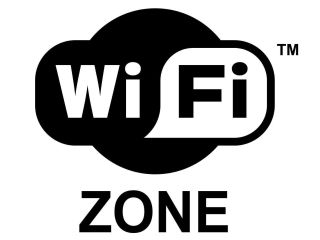 In what seems like a throwback to the bad old days of a bug on every phone and a KGB officer in every cafe, a hitherto obscure Russian government agency has come out and proposed that the owners of Wi-Fi devices should be forced to register their devices with the state.

According to Russian-language news site Fontanka the rather splendidly named Rossvyazokhrankultura – or Russian Mass Media, Communications and Cultural Protection Service to give it its full title – has proposed that every potential Wi-Fi user should be made to seek permission and register their device.

In addition to filling out numerous forms and having to wait up to 10 days for a standard Wi-Fi device like a PDA, anyone wanting to set up an open wireless network or a wireless home router network could face even more stringent tests.

According to Ars Technica in certain regions, including Moscow and St. Petersburg, applicants may even have to seek special approval from the Federal Security Service before a licence is granted.

However, as bad and backward-thinking as this might all sound, it seems entirely likely that the proposals will be laughed out of the Kremlin and melt away to nothing.

For a start, not only would compulsory registration be all but impossible to enforce, there’s pretty much zero chance that the increasingly tech-savvy Russian population would stand for it. In fact, there's probably more chance of the Black Sea freezing over.

As The Other Russia points out some 40 million Russians already have regular internet access and Wi-Fi hotspots are popping up in all the major cities.

More importantly, any move towards compulsory registration would fly in the face of numerous laws passed in recent years to facilitate the legal spread of Wi-Fi technology within Russia.

The Other Russia goes on to interview a Russian technology expert who questions whether Rossvyazokhrankultura would actually have the necessary authority to enforce its proposals, before delivering the hammer blow by revealing that the head of the agency is, in fact, a former metallurgic engineer.

The inference being, of course, that he probably knows as much about Wi-Fi, as a Wi-Fi installation expert might reasonably be expected to know about metallurgic engineering.