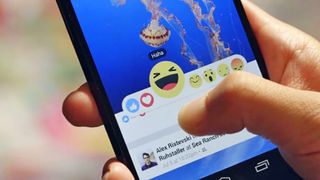 WhatsApp co-founder Brian Acton has joined the campaign urging Facebook users to ditch the social media giant in the wake of the Cambridge Analytica data scandal.

Supporting a growing anti-Facebook Twitter movement, Acton, who served on Facebook's board after it bought WhatsApp in 2014, tweeted "It is time" followed by the hashtag #deletefacebook.

The social media giant has come under fire after it was revealed that data analysis company Cambridge Analytica accessed the personal data of over 50 million Facebook users without their permission.

Cambridge Analytica is said to have sourced the data from the creator of a personality profiling test which 270,000 Facebook users took. It's suspected that Facebook has known about the leak since 2015, but it became public only after media outlets reported on it.

Acton has history with Facebook, dating back to 2009 when the company turned him down for a job. At the time he tweeted "Facebook turned me down. It was a great opportunity to connect with some fantastic people. Looking forward to life's next adventure."

Fast-forward to 2014, when Facebook bought WhatsApp for $16 billion and Acton joined Facebook's board with his WhatsApp co-founder Jan Koum. Acton headed up engineering internally for WhatsApp, and played a big role in pushing encryption into the messaging app.

In September last year Acton announced his departure from Facebook to focus on his new endeavor, to "start a nonprofit focused at the intersection of nonprofit, technology and communications".