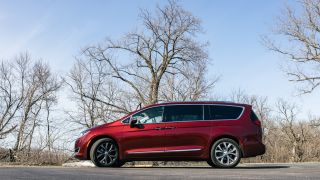 One of the most important recalls in recent memory should also serve as a wake-up call about the future of connected, highly automated vehicles.

In May, Fiat-Chrysler Automobiles (FCA) announced it would recall 4.8 million vehicles in the US to, as it stated in a press release, “upgrade software in their Powertrain Control Modules. The upgrade addresses an unlikely sequence of events that would compromise cruise-control functionality.”

In layman terms, it means the cruise control could stop working.

To be clear, FCA also explained that the driver can push the brakes to prevent cruise control from accelerating or continuing to operate, which might remind you of the Toyota debacle from a few years ago related to sudden acceleration.

FCA representatives noted to TechRadar that they did not have any other comments to add to the official press release. The recall affects owners of many popular models from 2014 through 2018, including the Chrysler Pacifica, Dodge Journey, and most RAM pickups.

“The FCA cruise control recall could be deadly, if a driver is traveling on a highway and they are unable to shut off the driver assisted system,” automotive expert Lauren Fix tells TechRadar. “This is one reason why it’s important for drivers to pay attention to recalls and technical service bulletins sent to them in the mail or through email.”

Fix explained how many drivers don't pay attention to all of the safety features in a car, according to recent automotive studies. She says this latest recall is important because it shows how future tech features in cars could lead to additional recalls.

“Many of these future safety features are a lead up to autonomous cars. Features like active cruise control, pedestrian cross traffic alert and others help drivers, through new technology, be safer on the road.”

The need for greater understanding

As we all know, automations in cars can be incredibly helpful in all areas of life, but there are clear warning signs that artificial intelligence and machine learning can go awry.

Just one example among many involves the autonomous driving mode in a Tesla Model X, which was on but ignored in a fatal crash in March. As technology becomes more complex, there’s a greater need for drivers to understand what is happening in the vehicle and why.

While mostly harmless – drivers can push the brakes to disable cruise control – it’s a sign of future issues, especially given the total number of impacted vehicles.

When cars can drive themselves, and we’re trusting all of the automations are up to date and working, it could take one small bug to cause the vehicle to make a turn at the wrong moment, or drive into a ditch.

The question is whether we are ready to accept those risks, especially when the car is speeding along at top speeds on a busy highway. The most important point? That modern cars will need to go through rigorous testing as safety features start acting on our behalf more and more.