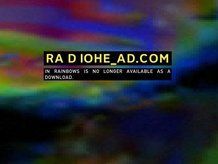 Is this helping to kill the music industry? Gene Simmons seems to think so

The internet has had something of a tongue-lashing off of KISS' Gene Simmons, with the bassist blaming the web – and music fans – for the state the music industry is in.

Speaking to Metal Hammer magazine, Simmons candidly pointed out what he thought was to blame for decreasing music sales: "The record industry is dead, it's six feet underground, and unfortunately, the fans have done this. They've decided to download and file share," said Simmons. "We're gonna wait until everybody settles down and becomes civilized, and as soon as the record industry pops its head, we'll record new material."

This isn't the first time, Simmons has had a go at the internet. Just las year, he had a go at Radiohead for their decision to give away their music for free, explaining that their liberal approach to giving fans a choice of whether to pay for the music was an "exception" rather than a sound business model.

Ironically, KISS were the headliners of Download festival earlier this month. Not that Download has anything to do with downloading music, but it does seem rather apt to mention it.