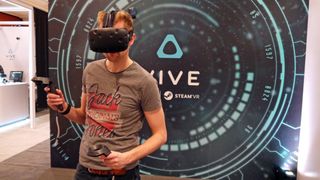 AMD's Chief executive Lisa Su has told techradar that she believes the time is ripe for virtual reality to be a hit, and she identified $200 as the point in which VR will become a mainstream product.

Speaking at a roundtable, Su explained that VR was high on AMD's agenda, and that she's been delighted to see it flourish in the past 18 months, suggesting that there's huge room for improvement with the likes of HTC's Vive and the Oculus Rift.

"I've spent some time on our stand and been shown the latest Oculus Rift and the latest HTC [Vive] and they're good, but there's a lot of room [for improvement] and those things are very expensive relative to the consumer price point.

"Consoles and PC Gaming have a long way to go yet to make those $199 price points and when you think about the mainstream market."

AMD's focus on graphics is of paramount importance, and that plays nicely into this brave new world in technology.

"Are there user benefits to more graphics horsepower? I think the answer is yes if there is an application that can use it," said Su.

"Virtual Reality is absolutely about the hardware as well as the software and it's a great showcase for technology. The focus is inevitably on gaming but there are many things outside of that like medical and education as well as interactive opportunities.

"We'll be doing a lot on the hardware side to get the price-points into the right range and allow it to develop more efficiently."

There remains a level of doubt that the public will embrace VR and headsets, but Su is confident that the breakthrough is coming.

"I really believe that this generation of VR is very credible and my perspective over the last 12-18 months watching progress and it has gone so fast.

"The content is better, the user experience is so much better and the feeling is there. You can see that people react to it, and it's so very accessible."