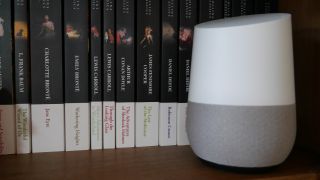 Gaana and Saavn, two popular streaming services of Indian content in the country, will now be available on Google Home and Google Home Mini. The news comes smack in the middle of Google’s reveal of its ambitious plans for expanding into the Indian market and the upcoming Google launch on April 10.

Google Home users will also have the option of setting either, Gaana or Saavn, as their default streaming service. The reason for the partnership is probably the fact that a lot of content that’s available on the local streaming services, isn’t available on Google’s default application, Play Music. This is especially true for indie and regional content.

A user on Reddit noticed the availability of Gaana and Saavn on the list of available music services for Google.

Smart home products haven’t quite taken the nation by storm, but Amazon’s Echo speakers are already in the market equipped with skills tailored for the Indian user. Amazon has its own music streaming service, Prime Music, which already features localized and regional music content. It has deals with some of the leading music labels in India such as Sony Music, T-Series, Zee Music, Tips, Saregama, and Times Music among others.

Amazon’s a step ahead of Google with respect to Saavn, since its Echo devices come pre-enabled with the service.

Though Google first launched the Google Home speaker in 2016 but hasn’t launched anything from that series in India, yet. However, their smartphones have been in the market for a while now and been appreciated by the users.