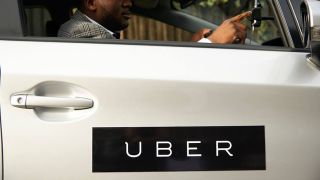 Uber is building on its efforts to make passengers feel safer in their on-demand taxis, introducing continuous background checks for its drivers. Beginning in the US, Uber will now get alerts very soon after one of its drivers gets charged with a criminal offense.

Axios reports that Uber is going to rely on third-party services Checkr and Appriss to monitor its drivers. Up until now, once a driver has passed the initial background check and been approved, it hasn't always been easy for Uber to keep track of what happens after that point.

It's going to be up to Uber whether or not drivers will be able to continue working after being charged. At the same time drivers who have been stopped from Ubering in the past can apply again if their circumstances have changed.

"Ultimately what we're looking for... is a way to get the same kind of info as in a background check, but get it in a real-time manner," Uber VP of safety and insurance Gus Fuldner told Axios. Since testing began in July, 25 drivers have been suspended.

Passenger safety and company accountability are big issues for Uber, and part of the reason why the service almost lost its license to operate in London last year. The more measures it can put in place to reassure the public and the regulators alike, the better its chances of continuing to grow.

The company is busy investing in new technology as well. Uber drivers are being offered incentives to drive electric cars rather than gas ones, and Uber's self-driving program continues to move forward with the help of partners such as Nvidia.