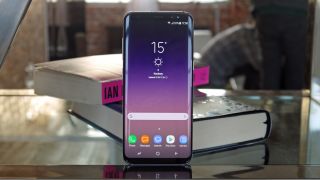 Though the guts inside Samsung's finally unveiled Galaxy S8 are nothing to sniff at, folks eager for a more powerful version of the handset might be in luck...if they book a plane ticket first.

Samsung is issuing a special edition of the Galaxy S8 that upgrades the memory from 4GB to 6GB and doubles the storage space from 64GB to a roomy 128GB, according to a report from ETNews.

The catch? The beefed-up smartphone looks like it will be an exclusive, planned to sell only in China and South Korea.

It also appears the special edition Samsung Galaxy S8 is part of a promotional bundle with the Samsung Dex — Samsung's S8-compatible dock for blowing up your smartphone onto a computer monitor, desktop-style.

Preorders of the 128GB Samsung Galaxy S8 will include a free Dex, allowing owners to make better use of the smartphone-as-a-computer feature thanks to all that juicy extra RAM.

The special edition Galaxy S8 with the bundled Samsung Dex reportedly costs 1,155,000 won (about $1,020, £820, AU$1,355). No details of a global release have been mentioned but we can't imagine people outside of Asia scoffing at the extra gigs of memory and storage, so consider our fingers crossed.