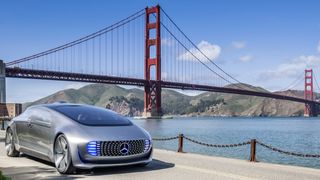 Humans are bad drivers. You, personally, might be a great driver, but humans as a whole are terrible. So terrible that more than 35,000 people died on US roads alone last year as a result of mistakes that we made.

One of the most promising ways to bring this figure down is to let robots drive us instead. Self-driving cars see better, react faster and never get tired or drunk. But there's a problem: people expect perfection from their autonomous chauffeurs, and this pursuit of perfection could stand in the way of saving lives.

"We lost 35,200 lives on our roads last year," Mark Rosekind, then chief regulator of the US National Highway Transportation Safety Administration, told a symposium last year. "If we wait for perfect we’ll be waiting for a very, very long time. How many lives might we be losing if we wait?"

Now researchers from Rand Corporation have made a first attempt to answer that question. Nidhi Kalra and David Groves have developed a set of tools which show that introducing autonomous vehicles when they are just a little bit capable than human drivers could save hundreds of thousands of lives over 30 years, compared with waiting until they're perfect.

"This tool helps change the conversation from one focused on how safe the cars are when they’re introduced to one that considers how even small safety advantages now can grow into the future – saving lives along the way," Groves said.

"It helps us ask a better question: what should we do today so that over time autonomous vehicles become as safe as possible as quickly as possible without sacrificing lives to get there?"

A full peer-reviewed report on the cost of waiting for nearly-perfect autonomous cars has been published on the Rand website.