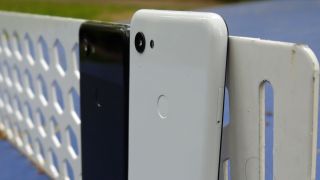 What treats will the Google Pixel 4 have in store for us? A 16MP telephoto lens as part of its rear camera array, if the latest rumors are to be believed – rumors based on code spotted in the official Google Camera app.

Some digging by the folks at XDA Developers revealed a reference to "Sabre" (Google's codename for telephoto) and the word "telephoto" itself. Further investigation by the team at 9to5Google turned up a reference to a 16MP image.

This is based on the 6.3 version of the Google Camera app, which is only available as part of the Android Q beta at the moment. We're expecting Android Q to launch before the Pixel 4 phones arrive in October.

Don't take this as official confirmation of the presence of a 16MP telephoto lens on the PIxel 4, but it does look likely that this code refers to one of the lenses inside the camera on the upcoming flagship (and maybe some serious zoom capabilities).

The Pixel story so far

The Google Pixel series has always been able to produce stunning camera shots, of course, even with a single-lens rear camera. Google's AI-powered image processing software does a lot of heavy lifting behind the scenes.

Based on the leaks we've seen so far, the Pixel 4 model is going to introduce a multi-lens rear camera on the back, with either two or three lenses to its name.

That could be partly due to the arrival of the Google Pixel 3a and Google Pixel 3a XL earlier this year. With those mid-range handsets to fall back on, Google can push the specs and capabilities of the Pixel 4.

Other rumors we've heard up to this point include improved color capture and possibly another display notch. All will be revealed later this year – the Pixel 4 phones should be launching around October time.