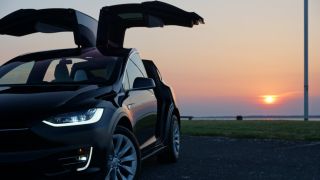 Musk has long insisted that a Tesla represents an investment that will appreciate in value over time, which led one Twitter follower to enquire whether customers had a limited time to snap one up.

In typically reactionary style, Musk replied simply "Yes", but later backpedalled a little and explained that the company would still sell cars, but at much higher prices than it charges currently.

To be clear, consumers will still be able to buy a Tesla, but the clearing price will rise significantly, as a fully autonomous car that can function as a robotaxi is several times more valuable than a non-autonomous car8 July 2019

This, he said, is because a fully autonomous Tesla would be able to generate an income by serving as an autonomous taxi when not carrying its owner, thereby making it much more valuable than an ordinary car.

This isn't the first time Musk has warned that Teslas will become more expensive in future, and the company has already begin cranking up prices. The first hike happened in May this year, when the price of a car with Tesla's Full Self-Driving package rose by several thousand dollars.

Owners of cars with the Full Self-Driving option will be offered hardware and software upgrades as true autonomy becomes closer to reality. Musk says that each retrofit increases the car's value, so it should be treated as an investment rather than a typical car that begins losing value as soon as it rolls off the forecourt.