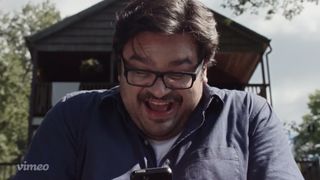 Just in case you needed one more reason to light up on Monday, April 20, Vimeo announced today that its first original series "High Maintenance" has officially been picked up for another season by HBO.

The entertainment empire will continue producing the critically-acclaimed series going forward, as well as make the existing episodes available to its HBO Go and HBO Now subscribers in the near future.

The series, created by Katja Blichfeld and Ben Sinclair (30 Rock), follows a purveyor of the green stuff around Brooklyn, NY and the interesting buyers that keep the business afloat.

"High Maintenance premiered on Vimeo when creators Ben Sinclair and Katja Blichfield released the initial episodes in 2013 free of change. The content was exceptional, embodying all the incredible content we see being shared from around the world on Vimeo," said HBO CEO Kerry Trainor in a press release sent to TechRadar. "For HBO to pick up the next season is a testament to this incredible show and we look forward to continuing to support it."

Whether this is a trend going forward or just a phase, however, remains to be seen.