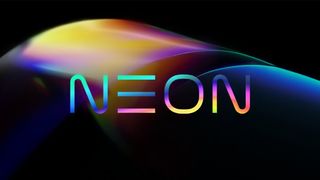 The biggest tech show of the year is almost upon us as CES 2020 is about to get underway in Las Vegas. One of the sights on show will be a new Samsung AI innovation called Neon, and now we've got some idea of what it looks like.

Neon project lead Pranav Mistry has tweeted out some graphics showing Neon in action – and it appears we're looking at a digital avatar with a rather plain taste in clothing.

As for what this virtual creation is going to be able to do, Mistry says it's able to autonomously create new expressions, new movements, and new dialogue, so this looks like it's several steps up from Bixby.

Neon, a product of Star (Samsung Technology & Advanced Research) Labs, is associated with several patents mentioning virtual characters that are able to go beyond what their original programming tells them to do.

It would appear that these avatars are destined for use in hotels, entertainment venues, kiosks and so on, able to reply to your questions even if the system has never come across them before.

Other than that, we're not sure exactly what to expect from Neon – though we will of course bring you all the announcements from CES 2020 (including other Samsung news) as and when they appear.

We might not be quite at the Westworld stage just yet, but as artificial intelligence continues to develop, get ready for some pretty cool concepts and demos to appear throughout 2020.