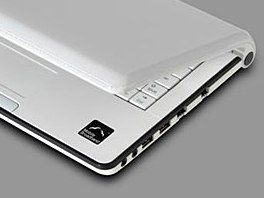 The "Mobile Inside" mark could be coming soon

A host of IT and networking companies have decided the world needs more stickers, and has brought one that allows consumers to tell if a laptop has mobile broadband in or not.

Freedom... I won't let you down, I will not give you up

"Mobile Broadband is like a home or office broadband connection with one crucial difference: freedom. Freedom from hot spots, freedom from complexity and freedom from security concerns," said Michael O'Hara, CMO of the GSMA.

"17 of the world's largest technology companies have committed to change the way people get online forever.

"This commitment is manifested in a service mark that we expect to see on several hundred thousand notebooks in the shops by the holiday season.

"The Mobile Broadband badge will assure consumers that the devices they buy will always connect -- wherever Mobile Broadband is available -- and that they can expect a high standard of simplicity and mobility."

Or they could just look at the specs of a laptop they're about to spend several hundred pounds on... no, they're right, a sticker works much better.