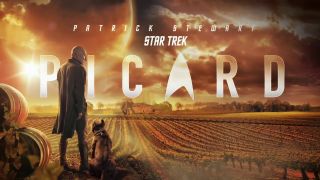 The almost two-decade wait for Patrick Stewart to reprise his role as Jean-Luc Picard is nearly over, and CBS has released one more extended trailer for Star Trek: Picard ahead of the show's streaming debut on January 23 (January 24 internationally).

You'll be able to spot the Enterprise-D in a brief shot – the ship was previously destroyed in 1994's Star Trek: Generations, and replaced by the Enterprise-E in subsequent spin-off movies based on the Next Generation TV series. The trailer ends with a glimpse of Brent Spiner reprising his role as Data. Check it out:

“The past is written, but the future is left for us to write.”#StarTrekPicard #StarTrek https://t.co/jK2ZP2U1Id pic.twitter.com/NTBGsDuhPYJanuary 19, 2020

Picking up 18 years after the events of Star Trek: Nemesis, Star Trek: Picard brings Jean-Luc Picard out of retirement after a young girl seeks his help. It apparently took a lot of convincing to get Stewart to return to the role, and this show looks like a very different proposition to TNG. It's more in line with the high-budget modern drama feel of Star Trek: Discovery, and the producers are no doubt hoping that people other than TNG diehards will check it out.

TNG fans will have more than just cameos from the Enterprise-D and Data to enjoy: Jeri Ryan reprises her role as Seven of Nine from Star Trek: Voyager, as seen in the trailer above, while Jonathan Frakes and Marina Sirtis return as Riker and Troi. Star Trek: Picard season 2 has already been confirmed, which demonstrates some confidence in this show.

If you're in the US, Star Trek: Picard is exclusively available on CBS All Access from January 23, while all other international territories will be able to watch it on Amazon Prime Video starting on January 24.