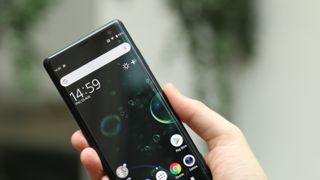 The Sony Xperia XZ3 was a big step forward for the company with one of the best screens we've ever seen on a phone and improvements to 4K HDR video. But that doesn't stop us being excited about the Xperia XZ4, and we may now know when it's coming.

Leaks and rumors of the next Sony flagship have been circulating for a while, and it seems the phone will actually be launching toward the end of February. That suggests you'll be able to buy the phone from March.

Sony's invites for an MWC 2019 event have gone out, which follows the normal release schedule for the company's flagship phones. Sony often introduces one high-end phone at MWC and then another around six months later at IFA. That has been the case since 2016's Xperia XZ.

You can see an example of the invite above, which was sent to both Russian and Italian press. We don't know exactly what it's meant to represent, but it may be an interpretation of how the side of the phone will look.

All we do know is the time, date and location of the launch itself. Oh, and the fact that you'll be able to watch along live with a livestream set to take place on the official Sony website.

We don't even know for certain that it will be the Xperia XZ4 that's launched on February 25, but considering the company's normal routine for announcing and releasing phones as well as what we've seen in leaks and rumors this makes the most sense.