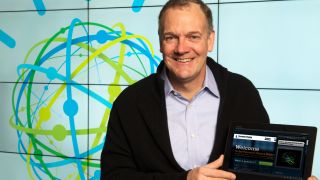 IBM and Bon Appétit magazine have launched a cooking app that can automatically recommend recipes and ingredient combinations based on user-defined parameters. The technology that powers the app is built on IBM Watson, the supercomputer that won Jeopardy! in 2011.

The app, Chef Watson with Bon Appétit, was built by feeding roughly 9,000 Bon Appétit recipes into the IBM supercomputer. Watson processed the articles and developed insights about ingredient pairings, cooking styles, and dishes, which the computer then combined with scientific information about food chemistry, popular opinions and tastes, and regional and ethnic cooking, according to a Bon Appétit blog post.

Users will be able to generate recipes by inputting parameters, such as ingredients, allergy and dietary restrictions, and portions. Watson will use the parameters to determine millions of possible combinations, ingredient amounts and preparation instructions.

How to get the app

Bon Appétit readers can apply to become a beta tester for the app. Testing will be conducted over the following “weeks and months” before the app is generally released, the blog post said.

In February, IBM embarked on a 10-year project to bring Watson technology to Africa. As part of the initiative, IBM will be investing $100 million (£61 million, AU$111 million) to stimulate business opportunities and growth in Africa.