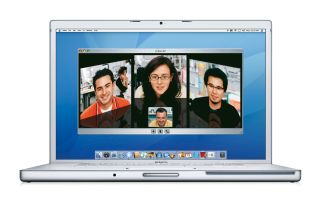 Apple looks set to cash in later this spring when Adobe starts shipping its first design suite optimised for Intel-based Apple Macs, according to a financial analyst.

Adobe confirmed yesterday that it will officially launch its Creative Suite 3 (CS3) bundle - which includes Adobe Photoshop, InDesign, Illustrator and other software tools - on 27 March. It calls the launch "the largest software release in Adobe's 25-year history".

The new CS3 will run on Intel Macs in native mode, instead of the Rosetta emulation technology used in the current version of the software.

"Since CS3 will be optimised for Intel Macs for the first time, many pro users have been waiting for this launch to upgrade from their Power PC-based systems," wrote Gene Munster, a senior research analyst at Piper Jaffray .

Munster said that a 2006 survey estimated that around three million Mac users use Adobe's creative software range. Assuming that around 15 per cent of users will upgrade to new Intel-based Apple Mac Pro or Apple MacBook Pro machines, Apple could sell 450,000 computer systems based on CS3 alone, Munster said.

"These additional units would also boost margins, as the high-end Mac Pro and MacBook Pro models carry higher margins than the rest of Apple's computer line," Munster said. A conservative estimate states that 450,000 more MacBook Pros sold would translate into a $900 million (£466 million) revenue for Apple.

Adobe said on Monday that it would ship CS3 "later in spring 2007".