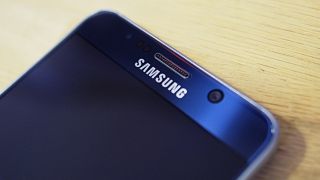 Samsung has announced that it has acquired Harman, the company behind over 20 brands including audio companies AKG, JBL and Harman/Kardon, as well as a suite of connected car technologies.

Although you’re probably more familiar with Harman for their audio brands, the company earns around two thirds of its revenues from automotive-related segments where it produces telematics, security and ‘embedded infotainment’ solutions.

The fact that Samsung created its own automotive electronics team a year ago suggests that this move is more of an automotive-focused acquisition than an audio one, like Apple’s acquisition of Beats.

We asked the TechRadar editors what they thought the deal would mean for Samsung in the future.

There’s no mistaking the reason Samsung has acquired Harman is for its in-car smarts - it’s practically shouted it from the rooftops.

It’s an area where Harman has many fingers in many different pots - from speakers, amps and infotainment to heads-up-displays, safety and telematics - the firm has a breadth of knowledge in the market.

The automotive sector is quickly playing catch-up with the fast-paced tech industry, and with continued rumors that Samsung’s biggest rival (Apple) may be about to make a concerted play in the market its latest move shouldn’t be greeted with much surprise.

Is this a sign that Apple is finally about to get into automotive more than just CarPlay?

Perhaps, but what the acquisition does give Samsung is an instant presence in the brain of a multitude of cars, with relationships already formed with major manufacturers such as Jaguar, BMW, Mercedes-Benz and Land Rover.

What does this mean for your car? The hope is our autos will become smarter, safer and more user friendly, with better integration with your mobile phone - and by extension your life - while also pushing forward technology such as autonomous driving and alternative fuels.

In short, Samsung has inherited a behemoth of a connected car solutions business as it continues to diversify its product offering - anything to take the heat off the Galaxy Note 7, right?

Harman has a fantastic range of audio brands, from AKG (which produce some stunning mid-range headphones like the AKG K92) to the more premium Harman/Kardon.

This could lead to comparisons being drawn between this acquisition and Apple’s purchase of Beats back in 2014.

People have speculated that buying Beats had a part to play in giving Apple the confidence to drop the headphone jack from the iPhone 7, since it would benefit from people having to re-buy wireless headphones if they didn’t want to deal with the hassle of using a lightning adaptor with their existing headphones.

Interestingly, Harman’s JBL brand has already embraced a headphone jack-free future with its lightning-connected JBL Reflect Aware headphones, which are also available with a USB-C connector.

Could Samsung’s ownership of an audio company give them a similar amount of confidence with their phone hardware decisions? Are we about to see the Galaxy S8 drop the headphone jack? It’s unlikely, but Samsung might soon have a lot to gain from people re-buying their headphones.

The most obvious way to interpret Samsung buying Harman is to give it a competitor to Beats in the headphone space, making it the equal, more or less, of Apple.

The press release itself said that having names like JBL and AKG on the books will improve the mobile division, stating ‘these brands will greatly enhance the competitiveness of Samsung’s mobile, display, virtual reality and wearable products.’

But if you look beyond that, you have to really wonder whether Samsung is really bothered about the audio prowess of these firms. None have the cachet of Beats, despite Harman Kardon being (in theory) technologically more advanced, and for years Samsung has offered a very good audio experience on its devices so it’s hard to argue this is solving a big issue.

When you get a deal of this magnitude there are always far more pieces in play beyond the main deal (in this case the connected automotive element) and the rest will either need to align with Samsung’s strategy, be absorbed or sold off.

So how will this change the Samsung Galaxy S9 or future variations of the Gear VR? How will they become more competitive as a result? Beyond being branded with the ‘audio enhanced by Harman Kardon / AKG’, it won’t massively change the sound quality of these devices. More likely you’ll get better headphones bundled, or more things you can buy from Samsung to accessorize.

In fact, TechRadar’s resident audio guy Jon Porter is probably right - Samsung is going to be making coin off Apple’s decision to change the headphone jack.

Except he failed to note: to make Lightning-enabled headphones, you need to pay Apple for the privilege of making something with a Lightning connector, so Samsung has bought a brand that’s giving money to Apple...