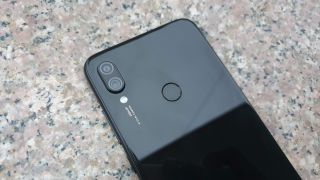 If you're going to boast about working on a smartphone feature that every other phone company is also working on, you need a particular angle to make your own device stand out, and that's exactly what Redmi has done by sharing a 64MP photo of an adorable cat.

Shared by Redmi – an offshoot of Xiaomi – on Chinese social media service Weibo, the kitty picture includes a zoomed-in section to show you just how well the camera captures the texture and colors of the fur, and the detail in the eye – the eyes are considered the most important feature of a portrait, whether it's of a human or a cat.

This high-resolution snapper is becoming a hot topic at the moment, after Samsung announced it had developed a 64MP sensor in May. Since then several companies have announced that (or it has been leaked that) they're working on 64MP camera phones, including Samsung, Realme, and Xiaomi.

This last name is the most pertinent to the cat picture – as mentioned, Redmi is a subsidiary of Xiaomi, so the phone referred to in the Xiaomi leak could be in fact a Redmi device.

Xiaomi itself has said nothing yet about its 64MP plans, so we don't know if we can expect the Xiaomi Mi10 or Redmi Note 8 to have the sensor.

For now, all we can do is wait for Xiaomi, Redmi, and other companies, to provide some concrete evidence of a 64MP phone, other than camera samples and rumors. Oh, and we can also stare at the lovely cute picture of a cat.