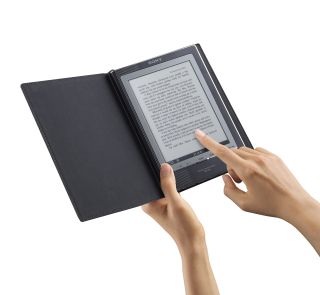 Sony is set to announce its support of the open ePub format for its electronic reader devices this week, in an attempt to one-up Amazon - its major competitor in the eBook market.

Readers have criticised the limitations of Amazon's Kindle eBooks, due to the fact that the files bought from Amazon.com can only be read on Amazon's own devices (or via Amazon's own iPhone app).

In what is clearly a direct response to this, Sony is planning to only sell digital books in the ePub format, with the support of major book publishers such as HarperCollins and Random House.

Phil Wood, Marketing Director at Interead (manufacturers of the Cool-er eBook) noted that he was "pleased but not surprised that Sony has adopted the EPUB format."

Wood continued: "This is a format we've used from the beginning, and our policy has always been to make ereaders and ebooks as accessible and open as possible. That's why our ebookstore supports more formats than any other on the web, and you can download these titles whether you own a COOL-ER or pretty much any other ereaders.

"It will be interesting to see whether other manufacturers will follow Interead and Sony in adopting the EPUB format – we'd recommend they do so, as we'd like there to be no restrictions on people wishing to enjoy reading electronically."

For many, it will come as a surprising move from the Japanese consumer electronics giant, as the company has not been best known in the past for its support of non-proprietary formats.

"There is going to be a proliferation of different reading devices, with different features and capabilities and prices for a different set of consumer requirements," according to Steve Haber, president of Sony's digital reading unit.

The Association of American Publishers notes that eBook sales in the US hit a record $14 million in June, a 136.2 percent increase from 2008.

"If the business terms and conditions end up being dictated to publishers by one bookseller who has a chokehold over the value chain, publishers are going to have a hard time staying profitable," added Adobe's digital publishing business manager Bill McCoy.

Sony recently announced two new Reader devices, although we are still awaiting news on a UK release date for those.

TechRadar has contacted a number of other eBook manufacturers for comments on this news, including the Cambridge-based Plastic Logic.

Amazon is also still to confirm a UK release date for Kindle in the UK.

Gartner analyst Allen Weiner also noted that Apple was the other major manufacturer still to announce an allegiance to an open or closed ecosystem for eBook distribution. Rumours suggest that Apple will be announcing its own 'iTablet' style device later in September.

"If you see some Adobe executive up on stage with Steve Jobs when they announce the tablet, at that point Amazon has a lot to worry about," said Weiner.