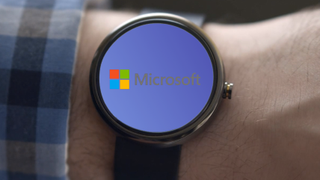 Microsoft reportedly plans to stake its claim in the rapidly-expanding wearables pie - possibly as soon as this summer - with a multi-platform-ready smartwatch.

Forbes received a heads up from its sources who claimed a wrist-mounted device that will play nice with Android, iOS and Windows Phone is at an advanced stage of development.

According to the report, the computing giant has enlisted the Kinect engineering team to spearhead the device that will feature a continuous heart-rate monitor, among other advanced sensors.

Interestingly, the unnamed insiders claim, the watch's display will be placed on the inside of the wrist in order to make it easier for users to keep their notifications to themselves.

The display size, the report asserts, will be the size of "half a stick of gum," while the battery will last for two days.

The Kinect team has also developed software to harness the data served up by those health and fitness sensors, perhaps not to dissimilar to Samsung's newly-announced, open-source Simband platform.

Forbes said the timescale for release is unclear but claimed a summer 2014 launch is possible as it seeks to beat Apple and its rumoured iWatch to the punch.

While it has been whispered Microsoft has been working on a wearable for quite some time, the prospect of a device compatible on all of the major platforms would be big news and would increase the chances of success exponentially.

Office for iPad has already gotten Microsoft off to a more inclusive start under new CEO Satya Nadella, perhaps a cross-platform smartwatch is the next logical step?