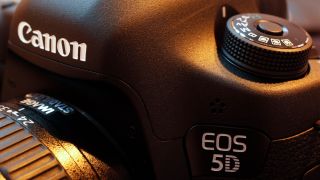 It's only been a few days since rumours started circulating that Nikon is about to launch an "entry level" full frame camera, so naturally the Canon rumours have also now begun.

Canon's 5D Mark II represented the first really accessible full-frame camera, and as such saw massive success. The 5D Mark III however, has been viewed as too expensive and not a "true" successor to the Mark II.

Rumours now suggest that, just as Nikon is thought to be working on a D600, a camera that will apparently be fitted with a full-frame sensor to "truly" replace the D700, Canon is also looking to launch something similar.

Specs and other information is sparse, but assumptions can be made about sensor size based on what's currently available in the market. The 5D Mark III utilises a 22 million pixel sensor, while its main rival, the Nikon D800 features a 36 million pixel device.

With many disappointed murmurs after the 5D Mark III's "low" megapixel count (when compared with the D800), perhaps Canon will offer a higher than 22 million pixel count in its more affordable option - a bit like Nikon with the D4 and D800.

Before the Mark III was announced, there had been several suggestions that a 5D X would split the line, and would include a 45 million pixel sensor.

2012 is also thought to be the year that Canon will finally unveil its compact system camera, with Photokina 2012 in September shaping up to be a period of exciting announcements.