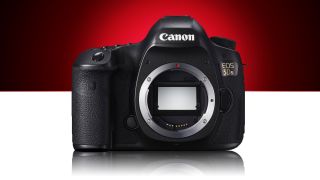 Canon's new full-frame sensor offers a resolution of 50.6 million pixels (megapixels). That's 40% more than the Nikon D800/D810, a camera which caused jaws to drop on its own launch, just three years ago.

Comparisons with Canon's own cameras are even more stark. The EOS 5D Mark III was previously Canon's highest resolution DSLR, with 22 million pixels – but the 5DS more than doubles this at a stroke.

This kind of resolution might be overkill for the average amateur photographer, but for professionals it could be crucial. It could even take away the need to move up to the much more expensive world of medium format digital photography, and will be particularly well-suited to landscapes, architecture, fashion and portrait photography. It provides the kind of resolution needed for large-scale displays like advertising billboards or posters.

Professionals are the main target, but Canon also talks about 'personal' photography. The EOS 5DS isn't cheap, but it's not unattainable either. It goes on sale from June 2015 at a price of £3,000/US$3700 (about AU$4726), which is not a whole lot more than the EOS 5D Mark III and much less than Canon's flagship EOS-1D X model.

The Nikon D800/D810 has shown that there are plenty of committed amateur/semi-pro photographers out there who are prepared to spend serious amounts of money to get the best possible quality.

The 5DS R is sharper still

When Nikon launched the D800 in 2012, it also announced a variant the D800E. Until that point, all DSLRs had an optical 'low-pass' filter in front of the sensor to prevent moiré (interference) effects with fine patterns and textures. This slightly softens fine detail as a side-effect, and the D800E variant had the low pass filter effect removed (reduced actually – it was removed entirely for the D810).

Canon has done the same. The 5DS is the 'regular' version with a low pass filter, while the 5D R has the low pass effect removed.

Canon hasn't simply taken the filter away, incidentally, since this would have shifted the sensor's focal plane and required an internal redesign. Instead, the 5DS R has a second optical low pass filter to counteract the effect of the one that's already there.

The 5DS R will, in theory, provide slightly sharper ultra-fine detail, but with the possible risk of moiré effects with some subjects. Canon says it should be fine, however, for subjects with 'organic' detail, like landscapes.

The Nikon D800E proved surprisingly popular – people wanted that extra ounce of resolution, whatever the risk. As it turned out, nobody reported any moiré problems anyway, so it'll be interesting to see which of these two 5DS variants proves the most popular.

Where it fits in

It's interesting that Canon has chosen to put its new sensor in the 5D body, not the 1D. Again, there's a parallel with Nikon's approach. The Nikon D800/D810 is cheaper than the flagship D4s, but the D4s designed specifically for high-speed/low-light sports and press photography. Canon's in the same boat with the 1D X. That's a specialised and expensive high-speed model, where the 5D has always been the 'affordable' pro camera.

In fact, apart from the resolution and a some external details, the 5DS is practically the same as the 5D Mark III. The 5D Mark III will continue alongside the new models too, and not just as a cheaper but outdated predecessor – it's better in low light, for a start. The 5DS has a maximum non-expanded ISO of 6400, but the 5D Mark III goes up to ISO 12800. The 5D Mark III is better suited to movies, too, because for the 5DS Canon has dropped the headphone socket for monitoring audio levels in favour of a USB 3.0 port for faster transfer of its huge image files.

Current page: What is it?