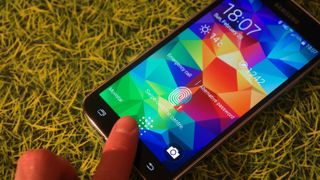 There's no word on what's next for Samsung and LoopPay's technology, but you can be sure this won't be the last we've heard about it.

Samsung will launch its own mobile payment company to rival Apple Pay in 2015, according to a pair of new reports.

The Korean company is in talks with a payments startup called LoopPay, Re/code reported this week.

The real kicker? That Samsung's version will be compatible with retailers' existing credit card machines, which would give Samsung an automatic advantage over Apple Pay.

LoopPay's existing technology lets users tap a key fob, an electronic card or a smartphone "ChargeCase" on credit card machines instead of swiping a credit card, and it's easy to say where Samsung might adapt these for its own purposes.

With that tech embedded into a Samsung smartphone users could pay with their handsets without having to wonder whether the store accepts mobile payments with more complicated systems like Apple Pay and Google Wallet. And LoopPay CEO reportedly said recently that that would happen in 2015 - though at the time no one had any idea what kind of smartphone it would be.