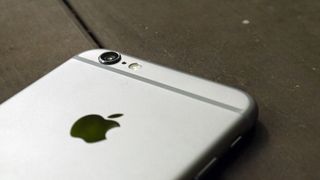 Tim Cook gave us a cheeky call yesterday. Okay, technically we called him, along with probably hundreds of other journalists and analysts, but we did get to hear from the Apple CEO about the state of the Cupertino firm and its finances.

Apple's first call of the 2016 financial year generated a lot of interest, as the firm was expected to reveal that it wasn't seeing the same big iPhone sales jump as it had previously – and that indeed was confirmed to be the case, sparking talk of issues for the world's biggest brand.

While iPhone was a main focus, Cook and co revealed more than just how well their handsets were selling. Here's everything we've learned from the call.

While the headlines might scream the iPhone is in trouble, the fact of the matter is Apple is still raking in money at an incredible rate of knots.

In the December quarter the Cupertino firm managed to pull in a whopping US$75.9 billion. It won't be running out of money any time soon.

If iPhone is in a little spot of bother, Apple certainly has the resources to do something about it. We're hoping the first signs of this will be the iPhone 7 launch later this year, when we expect Apple to give its best-selling line of products one of the biggest overhauls to date.

The iPhone 4 was a huge deal. Apple changed so much, added a host of new features and made it feel like a totally new phone. To a lesser extent it did a similar thing with the iPhone 6, but consumers are still waiting for another change of the same order of magnitude as the 4.

What it needs, and what we want, is another iPhone moment like we saw in 2010. Current iPhone 7 rumors suggest the removal of the headphone jack, which would certainly mix things up, but we don't think that's likely, as the market isn't ready to make that leap yet.

Instead we're expecting a re-imagined design, fresh functionality with iOS 10, and major improvements to the screen, camera and performance. But it can't just be lip service to the industry – it needs to be genuinely revolutionary.

2. And it's still breaking records

Cook said "we're reporting Apple's strongest financial results ever. We generated all-time record quarterly revenue of US$75.9 billion in the December quarter in line with our expectations and up 2% over last year's blockbuster results".

Tim Cook mentioned no fewer than three new records for the December quarter, with the US$75.9 billion of revenue joined by an all-time high quarterly net income of US$18.4 billion and 74.8 million iPhone unit sales.

To put the iPhone sales into some perspective, that works out at an average of 34,000 iPhones sold per hour, 24 hours a day, seven days a week, for 13 straight weeks. That's almost 567 iPhones sold per minute, or nine every second.

3. But the iPhone's growth is slowing

Record iPhone sales doesn't sound like a negative, but reading reports of the Apple earnings call suggests all is not well over in Cupertino.

Yes iPhone sales are up, again, but it's the slender increase over last year's performance – results which Cook dubbed "blockbuster" – which has got analyst knickers in a twist.

It's the slowest sales growth since the iPhone first came out in 2007, with revenue up a meager 1% year on year.

One explanation is the explosion of the mid-tier, as Asian brands flood the middle of the market with handsets that are encroaching on flagships, but at more affordable prices. It's an area of the market over which Apple has very little influence, and it's possibly beginning to feel the strain.

Sales are still up though, and there will be many mobile manufacturers looking on enviously at the fact that Apple is yet to see a decline. 'Yet' being the key word there, though.

4. It's going to get worse before it gets better

Something which is alarming analysts further is Tim Cook's warning that he expects the iPhone to witness its first ever decline in the upcoming quarter, with sales forecasted to come up short of the 74.8 million units Apple has just shipped.

Is this the first sign the world is getting fed up with Apple's high prices and incremental upgrades, or is it simply that the iPhone 6S and 6S Plus aren't the most exciting iterations, and people are holding out for the iPhone 7?

5. But iPhone's a long way from dead

In short, iPhone sales are beginning to plateau – and at some point they had to. You can't sustain such meteoric growth forever, and Apple's smartphone may be hitting critical mass in the market.

Most people who want an iPhone now have one, as the firm has spread availability into more markets – including China and India – so perhaps Apple has a larger majority of iPhone users already wrapped up.

Plus, its current flagship handsets (the 6S and 6S Plus) are stop-gap iterations between the iPhone 6 and the iPhone 7, where Apple pushes most of its innovation.

It's probably safe to assume the iPhone 7 will be vastly more popular than the S variants, which could see Apple's numbers jump back up this time next year.

Current page: What we learned: records and iPhone