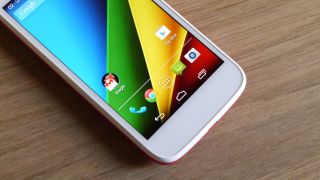 After months of teasing, Android users have finally begun receiving the update bringing the Trusted Voice unlock to your smartphone.

A number of users are reporting that the update, which lets you unlock your phone by saying "OK Google", has appeared on their phone.

If you've got the update already you'll find it under the Smart Lock settings menu but it's only rolling out to certain handsets, so it may be a bit of a wait for some.

There is also a warning to remind you it's less secure than using a fingerprint scanner, traditional PIN or swipe pattern, much like it is when using Trusted Face.

We can't wait to play around with the new feature and we've been feverishly trying to update our Motorola devices in hope of the new update.

It's unlikely to work well in loud situations and it'd be interesting to try to use it on noisy trains, in loud shopping centers or even in a pub atmosphere to really put it through its paces.