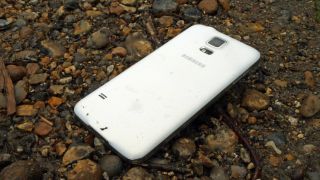 Samsung gets a lot of stick for its mobile phone design, and rightly so - the Samsung Galaxy S5 could have been top notch if it underwent some design changes.

The company is rumoured to be opting for a metal uni-body option on the Galaxy S6, but why has it taken the company so long to wise up to what consumers want?

In an interview with Fast Code Design the former head of product strategy and user experience design at Samsung Design America, Kevin Lee, has revealed the company's structure may be behind the problems.

Speaking of his 18-month period with the company, Lee said, "I've seen amazing concepts and prototypes. It was like, 'Wow, if only we had that in the market, the rest of the market would go bankrupt.'"

He argues the reason the company struggled with design was a combination of cultural, managerial and structural issues that meant the interesting concepts never made it to the market.

He blames the Western designer mentality - what he calls 'Steve Jobs Syndrome' - where innovation comes from one stubborn individual instead of a team of designers working together.

The article also quotes Ivey Business School professor Lynn Imai who explains, "In a sweeping sort of way, the Korean culture in itself is hierarchical, Confucius-based, and group-minded rather than individualistic."

"That Apple kind of innovation, entrepreneurial culture goes against all of that,"

So according to Lee the way the company is built will mean any design innovation gets thrown out the window as it makes its way up through the chain of command.

We really recommend reading the article at Fast Code Design – it's a really well-researched and interesting take on a controversial topic that we can't get across in its entirety right here.