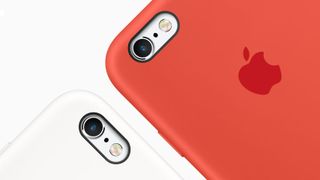 Even though the launch of the iPhone 7 is still nearly a year away, rumors and leaks have already begun, with a new report claiming Apple has begun testing five different prototypes of its new handset.

And while prototype testing isn't exactly exciting news when it comes to new phones, tablets or any sort of gadget, what is interesting is that the new leak - which comes in the form of a post on the Chinese website Weibo as reported by G for Games - reveals some of the features being tested out for the new iPhone 7.

The post suggests we'll be seeing an evolved multi-Force Touch tech, as well as a dual camera set up, which has actually been rumored since before the iPhone 6S launched.

The post also names a slew of other features that have also been rumored previously as well, including wireless charging, Touch ID fingerprint tech that's embedded within the display, as well as touting AMOLED displays, though it's been previously suggested Apple will be keeping LCD screens for the iPhone 7.

The features list also includes a USB Type-C connector that's compatible with headsets, though other rumors have also popped up claiming Apple may have headphones connect through Bluetooth or the lightning cable instead.

Still, each prototype carries a different hardware configuration, meaning some of the prototypes likely drops a few of these features entirely, so anyone's bet which of these new features we'll be seeing in the iPhone 7 when it finally launches next year.