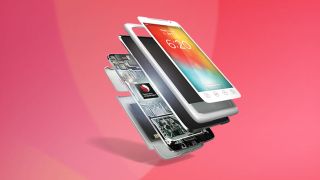 Qualcomm may be having issues getting its Snapdragon 810 into the upcoming Samsung Galaxy S6, but the chip maker has hit back with a lengthy press release detailing all of the manufacturers that it most definitely will be working with during the rest of 2015.

Companies quoted in the release include Sony and Microsoft, which means that the next-generation processor is almost certain to be appearing inside this year's Xperia and Lumia phones. LG, Xiaomi, Motorola and Oppo also get a mention.

Sony Mobile's Gen Tsuchikawa said he was "excited" to have the Snapdragon 810 coming to Xperia products "later this year", while Microsoft's Juha Kokkonen said that "best in class Lumia smartphones" powered by the Snapdragon 810 are on the way.

We've covered the Snapdragon 810's performance and power improvements before, improvements which should make a substantial difference to everything from 4K video recording to mobile gaming.

The next flagship we're expecting to see from Sony is the Xperia Z4, which we think will be announced at MWC 2015 before going on sale in April. As for Microsoft, we know that Windows 10-powered Lumia phones are on the way later this year, and it looks like the high-end ones will use the Snapdragon 810.

This time next month we should know much more - including whether Qualcomm's mobile processor made the cut for the first run of the Samsung Galaxy S6.