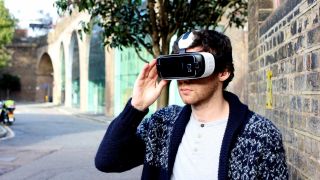 When Sony launched the Xperia Z5 Premium with a 4K display, some wondered if it was simply a marketing gimmick to sell more phones.

However, Samsung believes that the technology does have a future, and could help improve a key part of its portfolio.

"At the moment, at the screen sizes we've got, there's not enough of a noticeable difference to make it really stand out and be worth that extra cost to user."

Even current smartphones displays are considered by many to be too high-res, with not a lot of content out there which can make use of the QHD (roughly 2K) resolutions on offer.

But there could be a different angle to why packing so many pixels into a screen would help – we asked Brown if 4K displays would be of benefit to virtual reality headsets, which is an area Samsung is pushing into hard with its Gear VR products:

"Yes it would do, as the size of the pixels would be less and you wouldn't see them on the screen as closely, so it would be a benefit for VR," he confirmed.

So does that mean that someone like Samsung is looking at such technology?

"Yes. Once we believe it's the right time to move [to 4K displays], the same as the decision on USB Type-C for example, and we think it's the right point we can mass produce a 4K screen that will be enough of a consumer benefit to make it worthwhile."