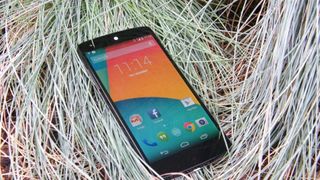 Is the Nexus brand about to hit the hay permanently?

Google has no plans to launch a Nexus 6 smartphone, according to rumours this weekend.

Seasoned Twitter leak artist Evleaks is at it again, claiming Google plans to ditch the own-branded devices in favour of the forthcoming Android Silver initiative,

Over the course of three separate tweets on Friday, Evleaks wrote: "There is no Nexus 6. Farewell, Nexus. Don't worry, there's a silver lining to this cloud... Android Silver, circa February 2015."

The Android Silver handsets are likely to be high-end devices, much like the current crop of Google Play Edition phones like the HTC One and Samsung Galaxy S4.

So the rumour goes, If the OEMs agree to scale back the amount of in-house apps pre-installed on the phones and agree to roll-out timely Android updates, then Google will help to promote the devices.

This, apparently is Google's solution to the longstanding problem of Android fragmentation, while also hoping to keep manufacturers like Samsung from forking the open source OS to such a vast extent.

Of course, the end of the Nexus era would be a blow to those who've become accustomed to the option of an affordable high-end handset like the Nexus 4 and Nexus 5 over the last couple of years.