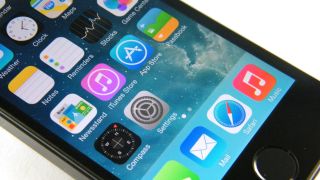 Not enough pixels for ya? You may be in luck when the iPhone 6 launches

It's past time for Apple to shake up the iPhone's image once again, and it's currently believed that it will do so by releasing two variants of the iPhone 6: one at 4.7 inches, and the other a 5.5-inch phablet.

Before today we had yet to see any evidence of what resolution these two devices might be, but now it seems that they might have a 828 x 1472 resolution - or even a massive 1242 x 2208, significantly greater than existing iPhones' 640 x 1136 ratio.

That's according to 9 to 5 Mac, which claims to have uncovered clues within iOS 8 files found in the latest Xcode 6 development kit beta.

Long story short, files for the iOS springboard - the home screen from which apps are launched - might betray a resolution that doesn't match up with past devices.

What are those extra pixels worth?

And unlike when Apple made the iPhone 5S taller but not wider, this resolution might hint that the iPhone 6 is expanding on all sides, as previously thought.

Despite its larger size, with this increased resolution the rumored 4.7-inch iPhone 6 would still be sharper than the 4-inch iPhone 5S.

And with that 828 x 1472 resolution the screen on even the 5.5-inch iPhone 6 would still surpass the 300 pixels-per-inch that Apple defines as a Retina display. Obviously the greater resolution - 1242 x 2208 - would far surpass that as well, so much so that it actually seems unlikely, though it's impossible to tell for sure at this time.

These larger 16:9 resolutions could also open up more screen real estate, according to 9 to 5's calculations, making room for Apple to potentially add more icons to each home screen.

Whether or not that happens may come down to a design decision on Apple's part, though you can bet your bottom dollar that decision has already been made, if the iPhone 6 is going to launch in September as expected.