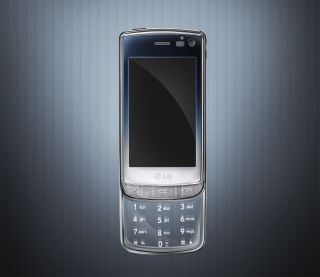 The LG GD900 - with transparent keypad coming this summer

LG's much-vaunted GD900 transparent phone (well, the keyboard is transparent anyway) is set to make its debut as early as next month.

The Carphone Warehouse is stating that from mid-May this year you'll be able to get your hands on the new device, ahead of the 'sometime this summer' line we're being told by LG.

But the good news is that it will cost nothing on contract, and you can pre-order it from today! Looks like summer's going to be a lot clearer on the phone front.

The GD900, which was shown off at MWC earlier this year but from behind a glass prison (meaning we couldn't get a brilliant hands on) but the launch means we should get our hands on it sooner rather than later.

The phone not only uses the transparent pad as a way of inputting text, but also able to swirl and move your finger around in order to interact with the screen in a similar manner to a mouse trackpad.

We'll keep an eye on an exact release date, but this is one of the more exciting handsets we're looking forward to this summer, and given it's supporting the great LG S-Class interface, we've got high hopes.

Via The Carphone Warehouse