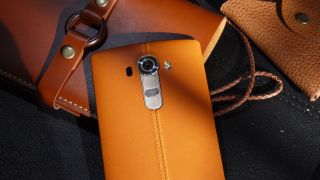 LG may continue to see robust smartphone sales, but it's also feeling the pressure from rivals in the highly congested mobile market. However, it has a plan for 2016.

The South Korean firm noted in its recent financials that it will introduce two new flagship models this year to fend off the competition.

"The smartphone marketplace is expected to be increasingly competitive in 2016 due to anticipated premium models from competitors and further price competition within the mass tier space," said the company.

"The introduction of two new flagship models and a more cost-competitive value chain is expected to improve profitability in 2016."

This isn't the first time LG has launched two flagship handsets in the same year. In 2015 we were given the LG G4 and the North America-focussed LG V10, so we're guessing we'll see the LG G5 and LG V11 this time around.

The LG G5 is tipped for launch at MWC 2016, although a successor to the V10 isn't likely to arrive until later in the year, as it only launched in October 2015.

We'll be reporting live from MWC 2016 in Barcelona at the end of February to bring you all the latest from LG, and its increasingly competitive rivals.