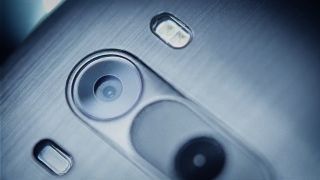 Is there anything left to announce?

Before the day is out the LG G4 will be announced and we'll know exactly what's coming, but if you can't wait a few more hours, the specs have seemingly just been leaked in full.

No, there aren't many surprises here, but perhaps the biggest reveal is that the LG G4 will apparently use a six-core Snapdragon 808 processor rather than an octa-core Snapdragon 810. That has been rumoured before and is a decision that's probably been made because of the overheating issues faced by the 810, but it's still somewhat surprising given that the Snapdragon 808 is a slightly lower-end model.

That's according to a 'trusted source' speaking to Mashable. The source also revealed that the LG G4 will run Android 5.1, have 3GB of DDR3 RAM, 32GB of built in storage and a microSD card slot.

Thankfully the G4 will supposedly have a sizeable 3000mAh battery too, rated for 440 hours of standby or 14 hours of talk time. Unlike most modern phones, it will be removable.

We already know most of the camera and screen details from LG itself, but they're reiterated here, so get ready for an f/1.8 16MP rear camera and an 8MP front-facing one. Meanwhile the screen will be just under 5.5 inches and 1440 x 2560 QHD, which apparently employs new display technology to improve image quality.

That's probably referring to the fact that it's brighter and has a wider colour range than the G3's screen, as LG has already revealed, but there may be other improvements too.

As with any leak you shouldn't take this as gospel, but with the LG G4 set to be announced in just a matter of hours you won't have to wonder for long.