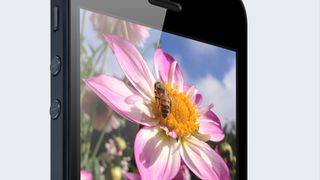 The battle between Apple's iOS and Google's Android for mobile-operating-system dominance has raged for some time, and neither side shows any signs of permanently pulling into the lead.

But a researcher at Kantar Worldpanel told TechRadar that soon, the battleground could become hyper-focused on one deciding factor: screen size.

The research firm announced on Tuesday that iPhone 5 sales allowed Apple to once again steal the top spot from Android in the US's volatile smartphone market. However the ranking, based on the latest research, isn't true in overseas markets.

But when TechRadar contacted Kantar Worldpanel to ask whether this battle will rage on forever, the firm's Global Consumer Insight Director Dominic Sunnebo replied with some interesting insights.

A crucial decision for Apple

"One of the key battlegrounds we see coming up in the next 18 months is screen size," Sunnebo told TechRadar in an email.

Sunnebo said that iOS vs. Android arguments between consumers have recently become more and more focused on how big a device's screen is.

Apple fans believe that a smartphone should be small enough to use with one hand, Sunnebo said, while Android users clearly believe the opposite, judging by the success of larger Android devices like Samsung's 4.8-inch Galaxy S3 and 5.5-inch Galaxy Note 2.

So will Apple have to go even bigger than the iPhone 5's 4-inch display?

"There is no strong motivation for Apple to move from its current position as sales are strong," Sunnebo said, "but in the future as we near smartphone saturation point in developed markets, and the only way to drive real growth will be to steal customers from Android, this will be a crucial decision Apple will have to make."

He added that Kantar Worldpanel's ComTech research data indicates that consumers are generally unwilling to switch to a device with a smaller screen.

"This could prove a decisive factor in current Android consumers' next purchase (particularly as the gulf between Apple and Android screen sizes widens)," he said.

Apple leads for now, though

Sunnebo told TechRadar that although Apple's new devices typically allow the company to overtake Android for around three periods at time, he expects Apple's current lead to last slightly longer, since "the iPhone 5 is a whole new device."

He added that while Android is more attractive to feature phone users looking to upgrade to their first smartphone, those users tend to switch to iOS for their next device, according to Kantar Worldpanel's research.

Given the research that claims consumers don't like switching to devices with smaller screens, though, even first-time Android users may grow less likely to switch to iOS, especially if Android devices continue get bigger while iPhones remain the same size.

Kantar Worldpanel's ComTech research comes from large proprietary panels of individuals representative of the 16 plus population in multiple countries.

In the US alone, the firm conducts 260,000 interviews with consumers per year. That figure jumps to 2.2 million interviews globally.