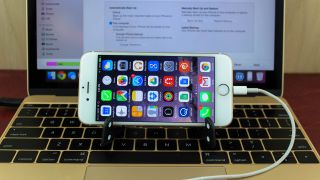 Apple's iOS 9.2 update launched today, and it's such a minor software update you may not have noticed its changes. It's still worth upgrading, however.

Standout iOS 9.2 features fine tune Apple Music, give Siri a new language to understand and add support for a USB SD Card reader, according to 9to5Mac.

Most importantly, There are also a bunch of bug improvements, including a fix for alarms that would randomly turn off and potentially ruin your morning wake up call.

Today's firmware update applies to all three lines of iOS devices, including the iPhone, iPad and the often-forgotten iPod touch.

That's everything from Apple's official iOS 9.2 release notes. We'll update this article if we discover any more off-the-record improvements as we test out this latest update.