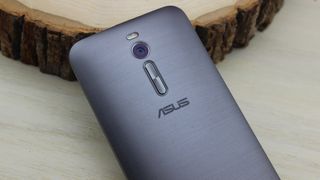 Is the successor to the ZenFone 2 on the way?

Amidst all of the high-end Android flagships that grab most of the headlines, let's not forget that Asus makes a very respectable mid-range handset too, and it looks like the next model might be arriving by the summer of 2016.

According to DigiTimes, the Asus ZenFone 3 is going to be arriving in May or June. its predecessor first appeared in January 2015 although it took a few more months for it to be available around the world.

Asian sources also say the phone is going to come with fingerprint scanning technology to save you the trouble of having to type in a PIN code or a pattern every time you want to unlock the phone.

Does the inclusion of a fingerprint sensor mean we can expect something a little more premium from Asus this time around? Not necessarily: component prices have now dropped far enough that even mid-range handsets can incorporate the functionality.

A few months ago Asus CEO Jonney Shih confirmed that the upcoming mobile will have a USB Type-C port as well, so owners of the third-generation ZenFone are going to be able to take advantage of the faster charging and data transfer speeds the new tech offers.

Apart from that we don't know too much about the specs or design of the ZenFone 3 - but you can at least mark your calendars for the summertime if you're interested in the Taiwanese manufacturer's next handset.