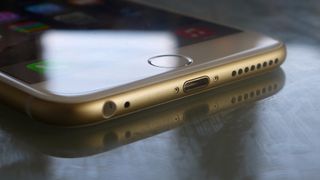 The Justice Department wants Apple to unlock at least 12 iPhones that are not connected to the San Bernardino terror attack, and it's seeking court orders to make it happen.

Until now it was believed the DoJ only wanted Apple to help the FBI unlock one iPhone that was connected to last December's San Bernardino shootings – which alone is cause for concern.

Now The Wall Street Journal claims the Justice Department wants court orders to access at least 12 other phones. According to the Journal, these cases "don't involve terrorism charges", with one regarding an iPhone involved in a drug investigation.

Last week, FBI Director James Comey published an editorial claiming that the Bureau was not trying to "set a precedent".

'Once created, the technique could be used over and over again'

Investigators want Apple to create a new piece of software that would enable them to guess the phone's password without it locking them out for getting the passcode wrong. Apple has so far refused to create said software.

"Once created, the technique could be used over and over again, on any number of devices," said Apple CEO Tim Cook in a letter to customers.

Speaking about the San Bernardino iPhone case, Bill Gates took a controversial stance by saying Apple should grant FBI access to the phone, stating this was "a particular case".

In light of the latest claims, he might want to rethink that position.