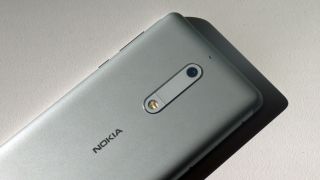 We’ve heard several rumors that HMD Global is making more Nokia-branded phones this year, and that at least one of them is likely to be a flagship, but now we might know a lot more about the top phone in the range, believed to be called the Nokia 9, as a full specs list has just leaked.

The leak, obtained by NokiaPowerUser, suggests that the Nokia 9 will have a 5.5-inch QHD OLED screen, Snapdragon 835 chipset, 6GB of RAM, 22MP dual-lens Carl Zeiss rear camera and a 12MP front-facing snapper.

It will also apparently have a big 3,800mAh battery with support for Qualcomm Quick Charge 4, an iris scanner, fingerprint scanner, Adreno 540 GPU, 64 or 128GB of storage and will run Android Nougat 7.1.2.

Additionally, although the design isn’t detailed, the phone will apparently have an IP68-certified build, which means it would be dust-proof and water-resistant to a depth of 1.5 meters for up to 30 minutes.

If accurate, those would be some very impressive specs, with the chipset and RAM pairing likely to make it a match for any other 2017 flagship, with the battery being larger than most and with both front and rear cameras coming with a high megapixel count.

The screen sounds more like a standard flagship one, though its use of OLED could help it stand out, as the tech – which is mostly used by Samsung – tends to lead to more vibrant visuals.

They don’t say how many microphones the Nokia 9 itself has, but as a flagship with this feature there’s every chance it will have 4 to make the most of it.

We’d take all of this information with a big dose of skepticism, as it comes from an anonymous source. But the few specs we’d heard previously for the phone match up with these, so they could be right. We’ll find out for sure later this year.