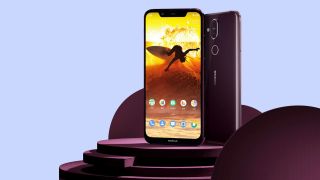 Nokia India has teased the launch of a new Indian smartphone. The official Twitter handle of the company has tweeted a video of a phone in silhouette with a notched display.

The picture's about to get rosy with an epic viewing experience. Get ready to #ExpectMore pic.twitter.com/Tj5XfNuN0hNovember 23, 2018

Since the Nokia X7 was launched in China last month, there have been rumors that it would also release in India under the name Nokia 8.1.

Additionally, the Nokia 8.1 was also spotted on Geekbench and the listing suggested that the new device could run on Android 9 Pie, Qualcomm Snapdragon 710 SoC, coupled with 4GB RAM.

Nokia hasn’t launched a flagship phone after the Nokia 8 and the Nokia 8 Sirocco, therefore this change in the naming convention – renaming the Nokia X7 as the Nokia 8.1 – could categorize it as an upper mid-range smartphone, paving way for the rumored flagship Nokia 9 PureView.

Images of the Nokia 9 PureView were recently leaked: the cover features seven cut-outs for the camera setup, five for the lenses and the other two for LED Flash and possibly an IR focusing apparatus. The elongated cut-out on one of the cameras could mean that there is also a microphone.