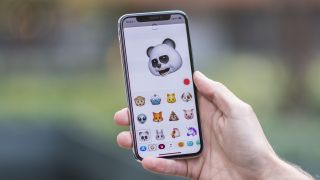 Forget robot. Move over unicorn. Panda, you're so two years ago. There are new Animoji coming to your iPhone, and if you're part of Apple's beta program you can try them out right now.

The new Animoji have appeared in Apple's iOS 12.2 beta 2 software rollout, which is teasing features for the next iPhone update, and it's the introduction of the shark, giraffe, owl and warthog faces which have caught our attention here.

Currently, there are 20 Animoji characters to choose from, plus 'Mimoji', which is a caricature of your own face. With the iOS 12.2 update that number is set to be bumped up to 24.

Animoji debuted in 2017 on the iPhone X, using the phone's new 3D TrueDepth camera to accurately mimic your facial expressions on a series of cartoon characters on screen.

With the introduction of the iPhone XS, iPhone XS Max and iPhone XR in 2018, along with the new iPad Pro, there are now a number of Apple devices which can take advantage of the new Animoji additions in iOS 12.2 beta 2.

There's currently no word on when the final build of the iOS 12.2 update will be pushed out to iPhones and iPads, but if you simply can't wait you can sign up to Apple's beta program today.

It's worth noting that this is beta software, which means it may include bugs and performance issues, so bear that in mind before opting-in to the beta program.