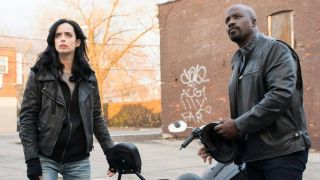 Choose-your-own-adventure tales are usually associated with kids, and Netflix has seem some success recently in bringing the concept to TV with shows like Puss in Boots: Trapped in an Epic Tale or Buddy Thunderstruck: The Maybe Pile.

Now, though, the popular streaming service wants to see how well the 'branched narrative' format works for adults, according to a new report from Bloomberg.

Details are scant, but the basic idea is that viewers will be able to choose what happens at a certain point in the series by selecting options on a menu, which would then unlock different scenes that lead to different endings.

It wouldn't even be the first time that someone has tried out the concept for adults in recent months, as Steven Soderbergh's Mosaic project for HBO essentially amounts to the same thing.

For that matter, the concept has been familiar and popular in adult-oriented video games for a while now, with projects from Telltale Games probably coming closest to what Netflix has in mind.

In games like Telltale's The Walking Dead or Game of Thrones, traditional gaming interactions are relatively minimal, resulting in an experience that's more like watching an animated TV show. Occasionally you'll see on-screen prompts, though, that can have a significant effect on the end of the game (or even each 'episode'.)

Telltale's games tend to keep the butterfly effect under control by keeping the basic thrust of the narrative intact regardless of your choices. In other words, your characters will likely end up in the same locations and interact with the same people, but in different circumstances. Some characters may end up hostile based on previous interactions, though, or the situation at a particular setting may be altered.

That kind of approach often leads players to wonder how much their decisions truly matter, but it does keep production costs under control, which means we'll likely see a similar approach in live-action efforts along the same line.

But they'll still probably be impressive. The report also notes that Netflix plans to spend somewhere between $7 billion and $8 billion on programming in 2018, and that type of budget certainly allows room for some surprises.

Who knows? Maybe they'll extend the concept to a project like The Iron First, granting us some freedom to fix some of Danny Rand's poor decisions.