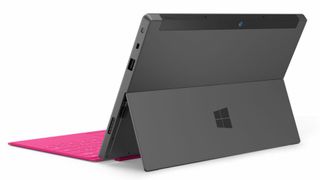 The Microsoft Surface has learnt something that no one wants to know: the date it will effectively die. Luckily it's got a good few years left.

Microsoft has confirmed that it will provide support for the Windows RT Surface tablet until April 11 2017 – giving early adopters over four years of comfort.

This will mean even if you pick up a Surface tablet sometime next year, you can be safe in the knowledge that you'll receive a good few years of support and firmware upgrades.

Unlike its business products, which usually get an additional five years of extended support, Microsoft's consumer focussed Surface tablet won't benefit from any additional help after that April 11 date.

However, we'd expect the software giant to follow the likes of Apple and Samsung by releasing annual iterations of its tablet products so there will probably be a superior Surface tablet tempting you to trade in by then anyway.

This support commitment seems a little more generous when you take a look at some of the other firms - Apple's original iPad shunned by the iOS 6 upgrade just two years after it was launched.

From Microsoft via ZDNet