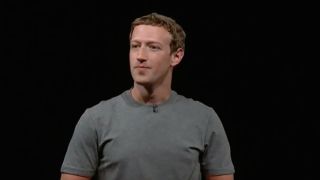 The issue of how much responsibility Facebook should take for the news and stories shared on its platform has been rumbling along all year, but there's been a renewed focus on less-than-accurate reporting in the wake of Donald Trump's US election victory.

Facebook chief Mark Zuckerberg has previously said that his site isn't in the business of making news and simply reflects what its users are talking about, but on Friday he did outline some of the steps Facebook is going to take to stop fake news from spreading.

You can read the whole update for yourself, but Zuck is promising better technical solutions to spot inaccurate stories, easier ways for users to report fake news, and more prominent warning next to suspicious content.

Voice of the people

"We take misinformation seriously," writes Zuckerberg. "We've been working on this problem for a long time and we take this responsibility seriously. We've made significant progress, but there is more work to be done."

"We believe in giving people a voice, which means erring on the side of letting people share what they want whenever possible," he adds. "We need to be careful not to discourage sharing of opinions or mistakenly restricting accurate content."

Zuckerberg closes out his post by reiterating Facebook's commitment to listening to its users and those in the journalism industry to make improvements in the future. We'll have to wait and see whether it's enough to better weed out the untruths from your News Feed.