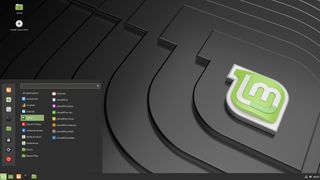 Linux Mint 19.2 has been released as a beta, and it comes in three different flavors, each with a different desktop environment as a default.

Codenamed ‘Tina’, the new OS will be supported until 2023, and can be downloaded with the Cinnamon, Mate, or Xfce desktop environments depending on your preference.

Changes for Mint 19.2 include an improved Update Manager, with a better interface, and touches such as now warning the user when their Mint installation is 90 days from end-of-life.

Software Manager has also seen some useful tweaks, which include a loading screen being introduced for when the cache is being refreshed, and there’s improved support for those using low resolution displays.

And if you hit boot configuration problems – maybe you’re running Mint alongside Windows in a dual-boot setup – a new Boot Repair feature is able to fix the most frequent problems encountered, which could be pretty nifty.

There are various other minor changes, as you would expect, including a load of new wallpapers. Another interesting thing to note is that the Cinnamon version of the OS uses significantly less system memory than before – something in the order of two-thirds of the RAM with the move from Cinnamon 4.0 to 4.2, the developers note.

If you want to see the full list of what’s different with Mint 19.2, you can check the release notes here. As ever, remember this is still in beta, so there will likely be some teething issues.

You can grab Linux Mint 19.2 from the following links each of which point to the version which carries the mentioned desktop: Cinnamon, Mate, or Xfce.

Mint is a popular distro and is a good option for those who are new to the world of Linux, and those switching from Windows or Mac, as we explain in our best Linux distros roundup.