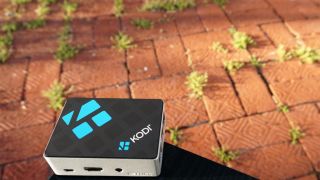 The UK government’s former Secretary of State for Culture, Media, and Sport John Whittingdale has published a call to arms over illegal streaming.

In a statement specifically calling out Kodi boxes, he said:

“Illegal streaming of copyright content is tantamount to theft and is already doing huge damage to our broadcasters, content creators and rights owners. In 2018, let’s take action to stamp it out.”

While noting that Kodi boxes (and other devices like them) are legal, he highlights that these boxes “are normally bought for the apps that can be added, enabling illegal streaming of films currently in the cinema, of TV programmes not yet aired in the UK, or of sports content only legitimately available on subscription channels.“

In his piece, published in the ‘i’ newspaper, he claims that in the UK alone, more than a million boxes have been sold in the last two years, meaning that the likelihood is “even if you’re not using one, you probably know someone who is.”

The danger of these boxes, he claims is that by allowing you to stream illegal content on your television, rather than having to navigate obviously disreputable websites, is that it normalizes an illegal act.

And the cost of this, as always with piracy, is the future of the arts. Whittingdale cites research claiming that “Kodi box pirates are siphoning as much as $4.2 billion a year out of the creative economy in the United States,” and while he doesn’t cite overall numbers for the UK, he does claim: “the impact on television and film producers alone is estimated at around £820 million – and that figure doesn’t include losses incurred by pay TV providers and sports rights holders.”

The call to arms seems to be twofold, a direct call to the government that it “must get on with developing a legal framework for tackling this threat,” and a more overt call for users of these boxes, and those who know users of boxes to cease pirating content.