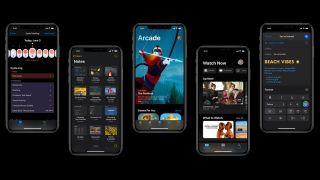 Apple has released the next version of its upcoming software for iPhone and iPad, as the iOS 13 public beta 2 and iPadOS public beta 2 are now available on compatible devices.

The second public beta of iOS 13 and iPadOS are likely to deliver a slightly more stable platform with a few bug fixes, but it's worth noting that this is still very much NOT final software.

If you're considering upgrading from iOS 12 to either of the public betas, consider first how much you use your device and whether you can potentially live without some functionality and are happy to deal with the bugs and quirks that may come with the beta software.

For those who rely daily or their iPhone or iPad, we'd recommend holding off the iOS 13 and iPadOS upgrades until they're made final later this year (likely around mid-September).

How to get the second iOS 13 and iPadOS public betas

If you haven't already, you'll need to enroll your iPhone or iPad to Apple's beta program first, which will make it eligible to receive the beta updates.

Once you're enrolled, head to Settings > General > Software Update on your device, and the public beta should be available to download.

Again though, this isn't a final build of the software and may be missing features and include some bugs.