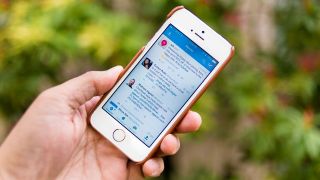 A new report claims Twitter is considering increasing the social media's 140 character limit up to 10,000 characters per post.

Sources familiar with the matter say the 10,000 character limit, which is being referred to as "Beyond 140" within the company, could be introduced as early as the end of Q1 of this year, according to Re/code.

While Twitter has become known for its short character limit, providing quick snippets rather than long drawn out posts, this isn't the first rumor we've heard that suggests the social media giant has been considering axing its 140 character limit.

While this new 10,000 character limit could be a result of Dorsey's rumored project, Twitter has yet to announce anything.

There is also some question as to how a block of 10,000 characters will effect the current flow of Twitter's feed as, though it would bring it closer to Facebook and Instagram's posting style, it could also very easily annoy current users.

The report does suggest Twitter could introduce a call to action button that expands tweets that are more than the current 140 character limit.